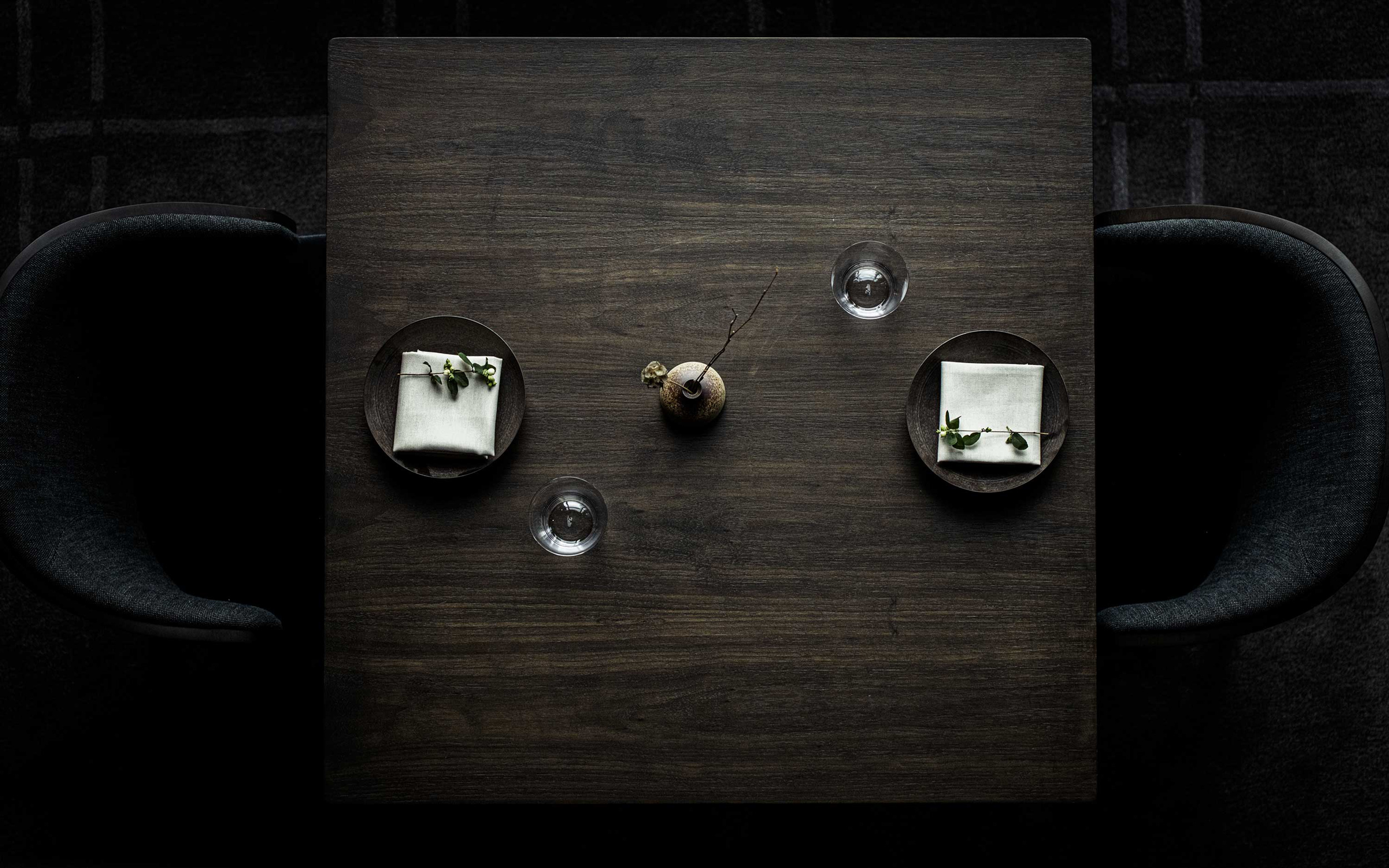 Chris Shao visited Chef Christopher Kostow at his farm in St. Helena, California. He had asked him to design his new restaurant Ensue atop the Futian Shangri-La Hotel in Shenzhen, China. Their initial conversations resulted in a combination of the natural landscape of Napa and Cantonese inﬂuences that honour the heritage of Shenzhen and with the aesthetics of wabi-sabi.

During their initial design brieﬁng conversation for Ensue, Kostow asked Chris Shao: “what is your deﬁnition of luxury?” His response was that, to him, emotion evoked the greatest sense of luxury, as identifying luxury itself is a very deep and personal response to something. The chef then pointed to a tree on his farm and told Shao that that was his luxury.

Shao remembered that at that moment he made up my mind that in the process of designing his restaurant he was going to bring in an unpretentious naturalism in-spired by the urban landscape of Shenzhen: emotive, yet effortless. He aimed to ﬁnd a new emotional representation of luxury, through unifying local vernacular, with contemporary ideas.

A fusion of eastern ideas and philosophy, with western execution that created a space that evoked a speciﬁc sense of style and elegance. The concept was executed with a wabi-sabi aesthetic that celebrated transience and imperfection.

It cohesively suggests ‘a Buddhist teaching of the three marks of existence, speciﬁcally impermanence, suffering and emptiness or absence of self-nature.’

“Being so personal, the entire process was an emotional one. This project is my new deﬁnition of luxury,”

Furthermore, the space embodies an interesting interaction between the ideas of ﬁre and ice; two sensory, visual, and conceptually jarring circumstances, that are uniﬁed in a way to create a calming sense of balance.

In Ensue, Shao personiﬁed many design intentions based on his Chinese upbringing. He explored the work of local artisans and manufacturers around the Canton region, to rethink and redeﬁne the modern meaning of Made-in-China in the design industry. With more pride and few disappointments, Ensue really evokes new thinking of his culture that until now, is yet to be explored in relation to design.
“Being so personal, the entire process was an emotional one. This project is my new deﬁnition of luxury,” said Shao.