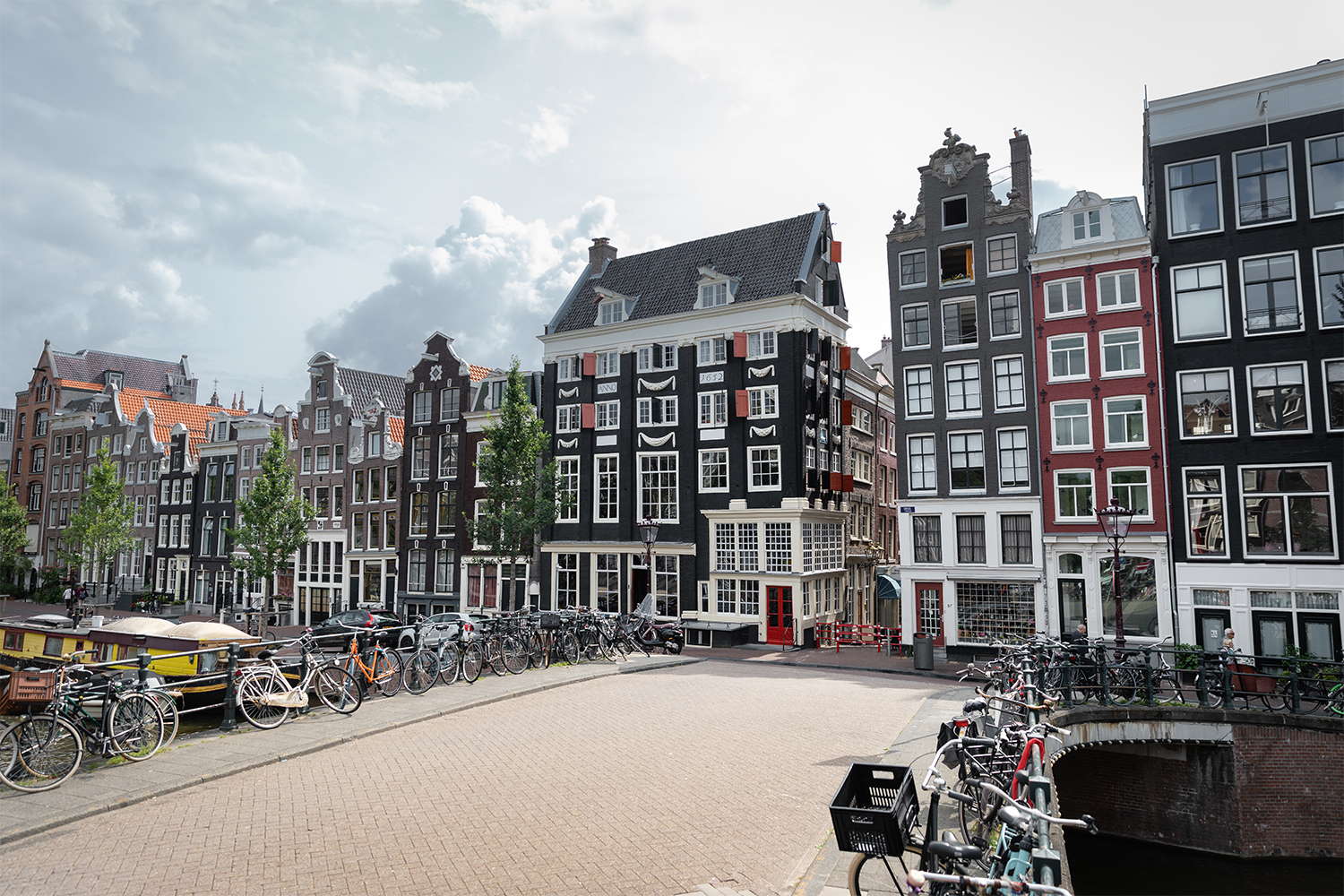 After a year of extensive renovations, a landmark 17th Century building on one of Amsterdam’s oldest canals has reopened its doors as Hotel The Craftsmen. The 14-room boutique hotel celebrates historical Dutch crafts with cleverly designed themed rooms. The Craftsman is a combination of the luxury and comfort of a boutique hotel, and a unique design, rich history, and craftsmanship.

Spread over three historical properties, the hotel offers fourteen distinct rooms. They gave each room the name of the various craft workers, such as the Boat Builders Signature Suite, The Instrument Makers Single Room, and the Bike Builders Deluxe Double Room.

Together, the three buildings are listed as a national monument dating from 1652. During the extensive redesign, authentic elements were preserved or meticulously restored. Any modern design elements respect the distinct historical character, and charm, and pay homage to the hotel’s name. Period delft blue tiles, bedsteads, monumental floors, and the original staircase pair perfectly with beautiful antiques, vintage finds, modern materials, and clever reuse of craft related items the designers introduced to offer the comfort of today.

To achieve this, the owners turned to artist Stef van de Bijl, who brought in more local artisans such as illustrator Aart Taminiau and steel designer Joram Barbiers. Together, they implemented imaginative design elements for which they often repurposed vintage materials befitting the theme. With their collective expertise and craftsmanship, they have given antiques and curiosa a contemporary and practical function within the hotel.

Amongst the unique elements are an old canoe serving as a ceiling lamp, a wardrobe made with the emergency exit door of a Fokker F28 jet airliner, and reclaimed aluminum shoe-stretchers from the 1940s getting a second chance in life as wall mounted reading lights.

Hotel the Craftsmen: A story rich in history

The impressive canal houses at the Singel share a rich history. Roelof Swaen, deputy to legendary Dutch sea admiral Michiel de Ruyter, constructed the oldest of the three buildings in 1652. His ‘Huis de Swaen’ (The Swan) was initially a ferry house but turned into a hotel in the nineteenth century. An original stone plaque on the sidewall of the building shows a swan, referring to its historical name today.

In 1917, an Amsterdam local man with the name Brouwer bought Huis de Swaen and opened his hotel, aptly called Hotel Brouwer. Exactly 100 years later, the Brouwer heirs sold it to the current owners, the Zandbergen family.

The Zandbergen family took on the challenging task of turning the national monument into a luxurious boutique hotel. Challenging is an understatement, as the original 17th-century architecture had to remain intact under the requirements of Amsterdam’s monument care. They also stipulated that in some places in the hotel, the original features or elements had to be brought back. Some of these include authentic bedsteads, a so-called ‘Keulse goot’ (a 17th-century indoor gutter), and Delft Blue tiles. The rich history is also reflected in the monumental staircase, the exposed beams and eaves, the original wooden floors, and the intimate and narrow hallways.

Amsterdam has a wonderful history of craftsmanship, we want to bring that cultural heritage to life by not only creating a beautiful hotel but also by letting the guests touch and feel the craftsmanship that is behind it. To achieve that we have combined the raw, authentic crafts that define this city with a modern luxury boutique experience.