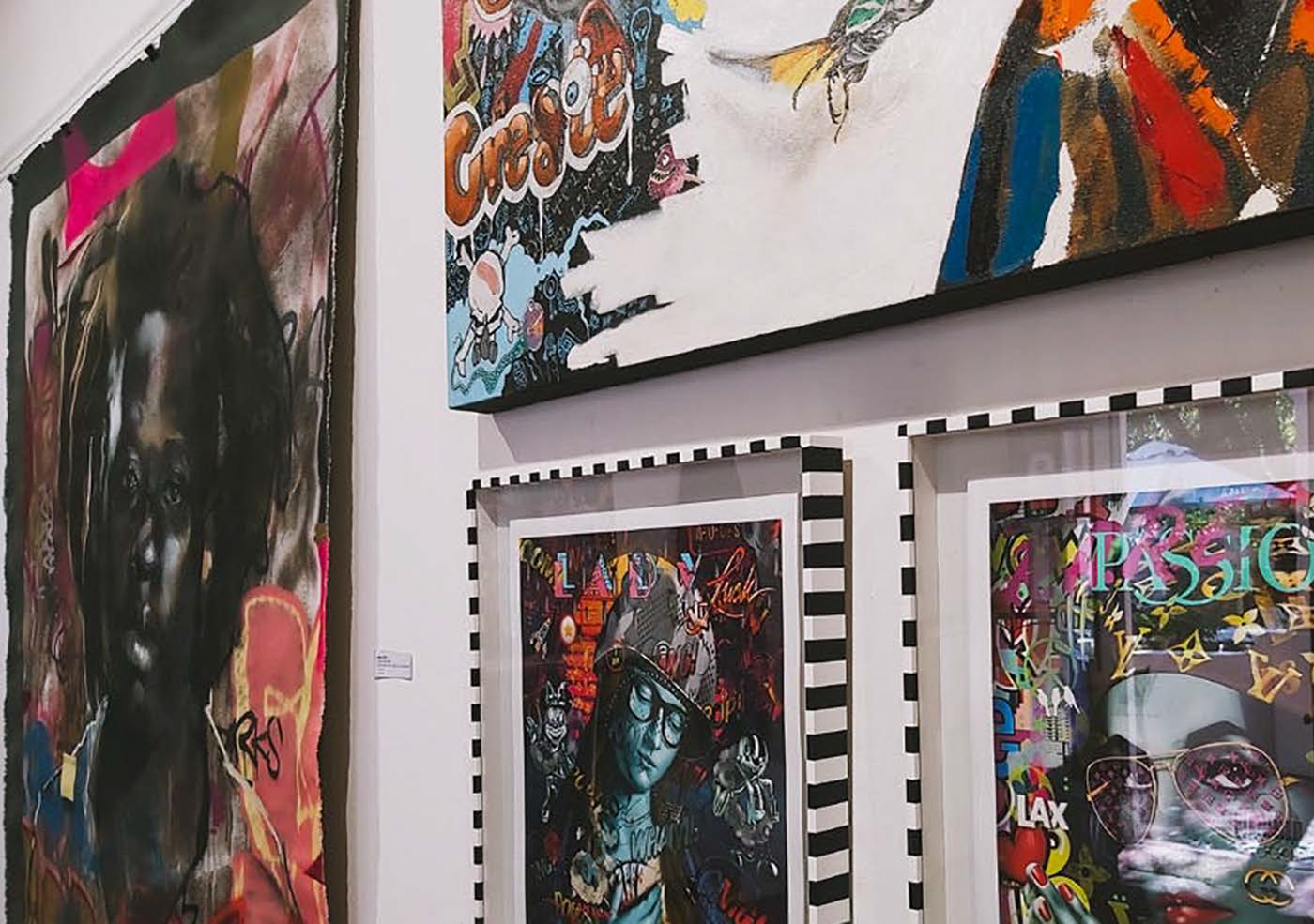 Urban Art defines the movement of Street Art out of the street and into galleries, museums, and private displays. A combination of street art and graffiti, it’s often used to summarize all visual art forms arising in urban areas, being inspired by urban architecture or present urban lifestyle, contemporary urban culture, and political issues. It aims to get people thinking, to entertain, to provoke.

Though starting as an underground movement considered as rebellious practices connected to subculture lifestyles hostile toward art institutions, with anti-capitalist, social and political undertones, urban artists like Banksy and Adam Neate have now gained mainstream status and have, in turn, propelled the urban art scene into popular culture.

The art world’s fascination with artists who functioned outside traditional gallery channels stimulated an interest in this form of self-expression. In the 1980s, New York artists such as Keith Haring and Jean-Michel Basquiat gained notoriety for their graffiti and parlayed this recognition into successful careers as painters represented by top galleries. Another confirmation of street art’s new mainstream status can be, in part, confirmed by an invitation from the Tate calling upon artists to create outdoor pieces on the Thames side of the gallery in the summer of 2008.

Once urban art became popular and something worthy of displaying or collecting, the appeal of having urban art in a collection grew. No longer were artists simply taking public spaces to create works; they now were being asked to design works for specific places, events, and even brands.

AS FAR AS FOREVER WILL TAKE US | Salon Ninety One

This website uses cookies to improve your experience while you navigate through the website. Out of these, the cookies that are categorized as necessary are stored on your browser as they are essential for the working of basic functionalities of the website. We also use third-party cookies that help us analyze and understand how you use this website. These cookies will be stored in your browser only with your consent. You also have the option to opt-out of these cookies. But opting out of some of these cookies may affect your browsing experience.
Necessary Always Enabled

These cookies are absolutely essential for the website to function properly, failure to accept may cause unknown issues. These cookies do not store any personal information.

These cookies may not be particularly necessary for the website to function but can assist in the personalizing and enhancing the user experience.