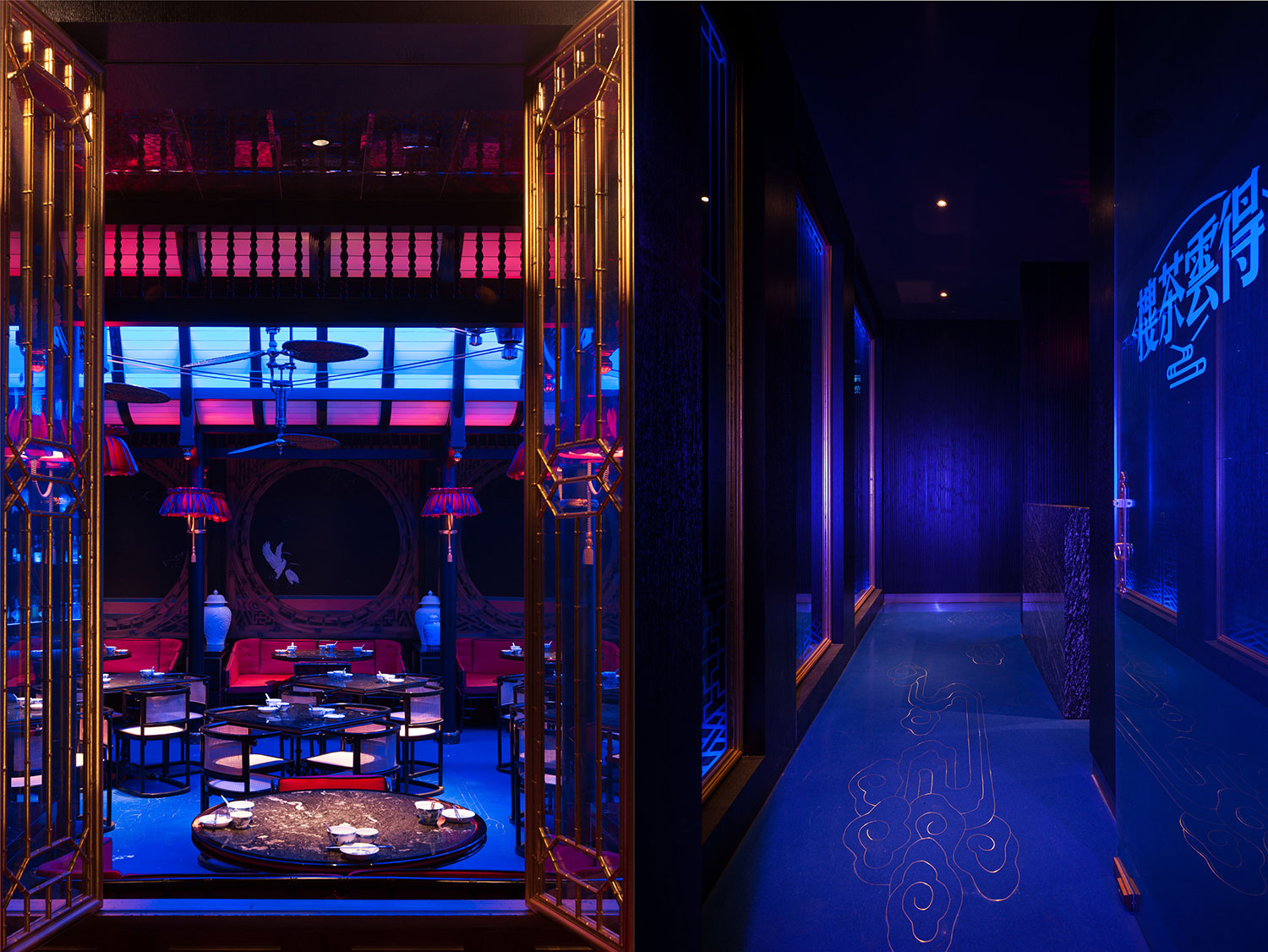 The Tea House of Chengdu

“Chengdu, carved out by Heaven millions of years ago, presents before the eyes a picturesque view of myriad beautifully decorated households,” a poet by Libai, in the Tang Dynasty

Chengdu was eulogized by thousands of poems. Being commissioned to introduce the Tak Wan Tea House is into Chengdu China, the design studio Nong Studio created an exquisite and irreplaceable space, that will tell its own story in Chengdu.

Tak Wan Tea House is adjacent to an ancient Daci Temple in the city, therefore, they featured Tang Architecture, and Bashu native architectural elements for reference to construct the entire form. Traditional craftsmanship has been used with a modern design language, in the perspective of a mixture of western and eastern influences.

Inspired by the craftsmanship of double-layer bamboo-weaving from Juanqinzhai, Nong Studio not only used its language to redesign the windows but also combined it with high-tech, laser carved optical glass and mirror effect film, to reinterpret in a modern approach.

The interior is rigidly axisymmetric, the ceiling outline came from shapes of the pediments from Sichuan traditional architectural archways, and is supported by curved black wood beams, which defines intimate semi-private spaces along both flanks of the hall.

The wall backdrop, adorned with hand-painted wallpaper, was inspired by the moon gate and fairy-crane motif from Juanqinzhai. More details, bespoke furniture and intelligent lighting system has been all profoundly considered to create an exquisite, and irreplaceable experience, which will tell its own story in Chengdu.