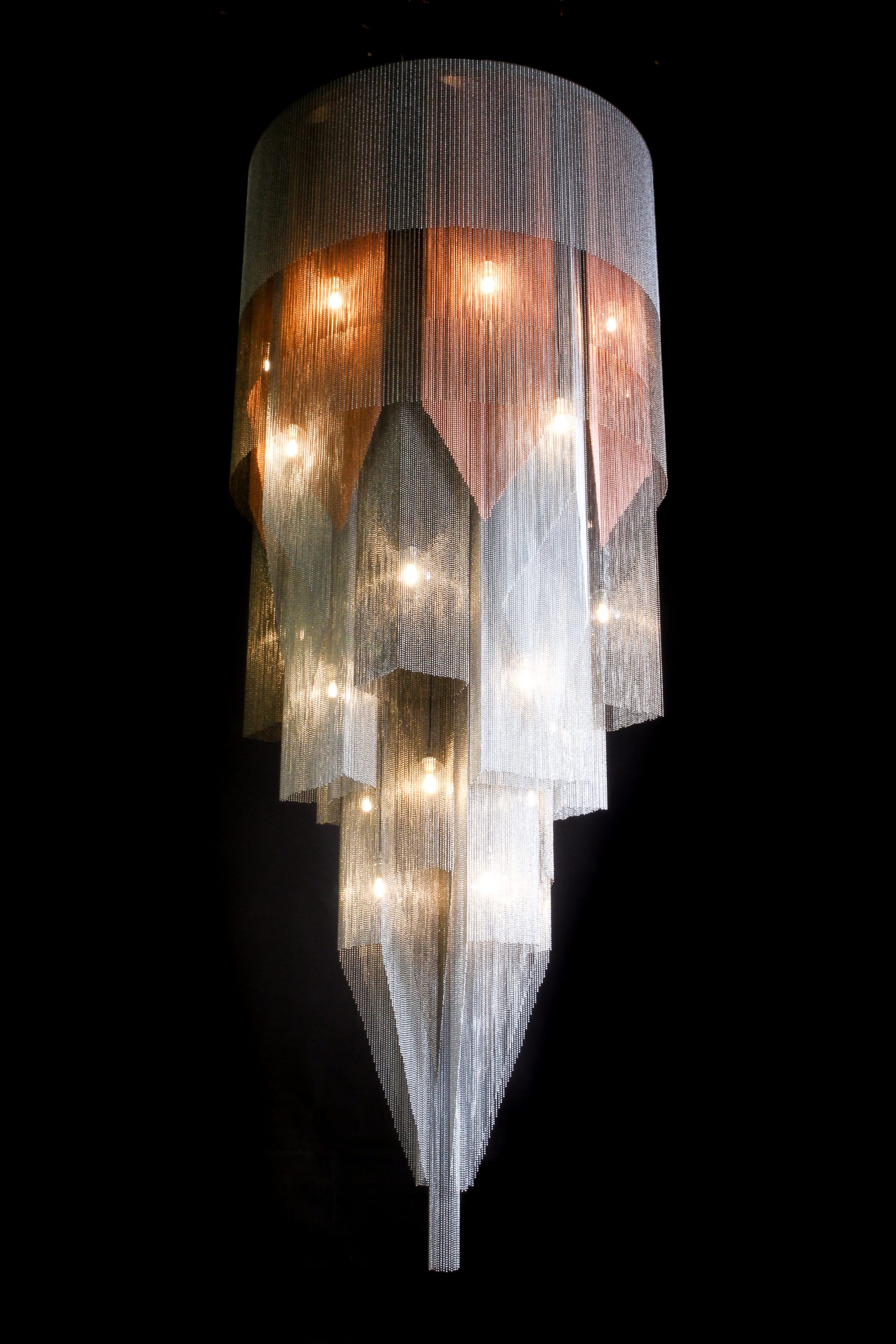 Murano glass chandeliers imported from Italy have long been the lighting design of choice for upscale residences in Kuwait. But a desire to illuminate an interior with an original pendant piece that breaks away from the market norm, has led a Kuwaiti homeowner to look further than the traditional chandeliers available locally.

The solution was to import a custom-made willowlamp from South Africa that in itself is a piece of art. Taking inspiration from nature, willowlamp’s organic aesthetic provides a refreshing contrast to more classic chandeliers and thus paves the way for a new contemporary style of lighting in Kuwait.

After seeing an image of willowlamp’s Mandala chandelier installed in Abu Dhabi’s Liwa Suites hotel, the client was struck by the technical skill demonstrated by the Cape-Town based design company to produce multi-dimensional geometric patterns using chains alone. He then approached willowlamp to design a version of this piece for his own home. Once presented with willowlamp’s design concept, the client found it was indeed the fresh perspective he had been searching for.

“I always focus on creating a modern house with as much of an Art Deco feel as possible. This piece was exactly what I needed. The phenomenal multi-dimensional qualities, the chains, and the bronze and the red colour combinations – all brilliant!” says the client.

To suit the space and create the dramatic effect desired, the original Liwa Suites design was adapted from a ceiling-mounted piece into a suspended pendant and then elongated. At a total height of 4.5 metres with a 1.2-metre diameter and made in smoke, silver, brass and copper, the beautiful result transcends from lighting into the realms of art and collectible design. Meditating on the design reveals a multitude of perceptions – an iceberg, a glass shard or an arabesque neomodern structure. Suspended in the centre of the home, it creates a magnificent and striking focal point.

This is not the first time willowlamp has created a custom piece for an international client. Various destinations around the globe, from Taiwan and London to Sweden and Kenya, glow under the light of these award-winning designs.

Most notably, there’s the Crown Towers in Perth, Australia, which houses four 3-tonne Mandala-styled clusters; the Marriott Hotel in North Carolina, USA which is illuminated by a colossal ellipse-shaped Mandala; and the Lucerne Culture and Congress Centre in Switzerland which basks in the glow of a multitude of willowlamp chandeliers. Now, with this custom Mandala, willowlamp has opened the door to exciting new lighting possibilities for the country of Kuwait…