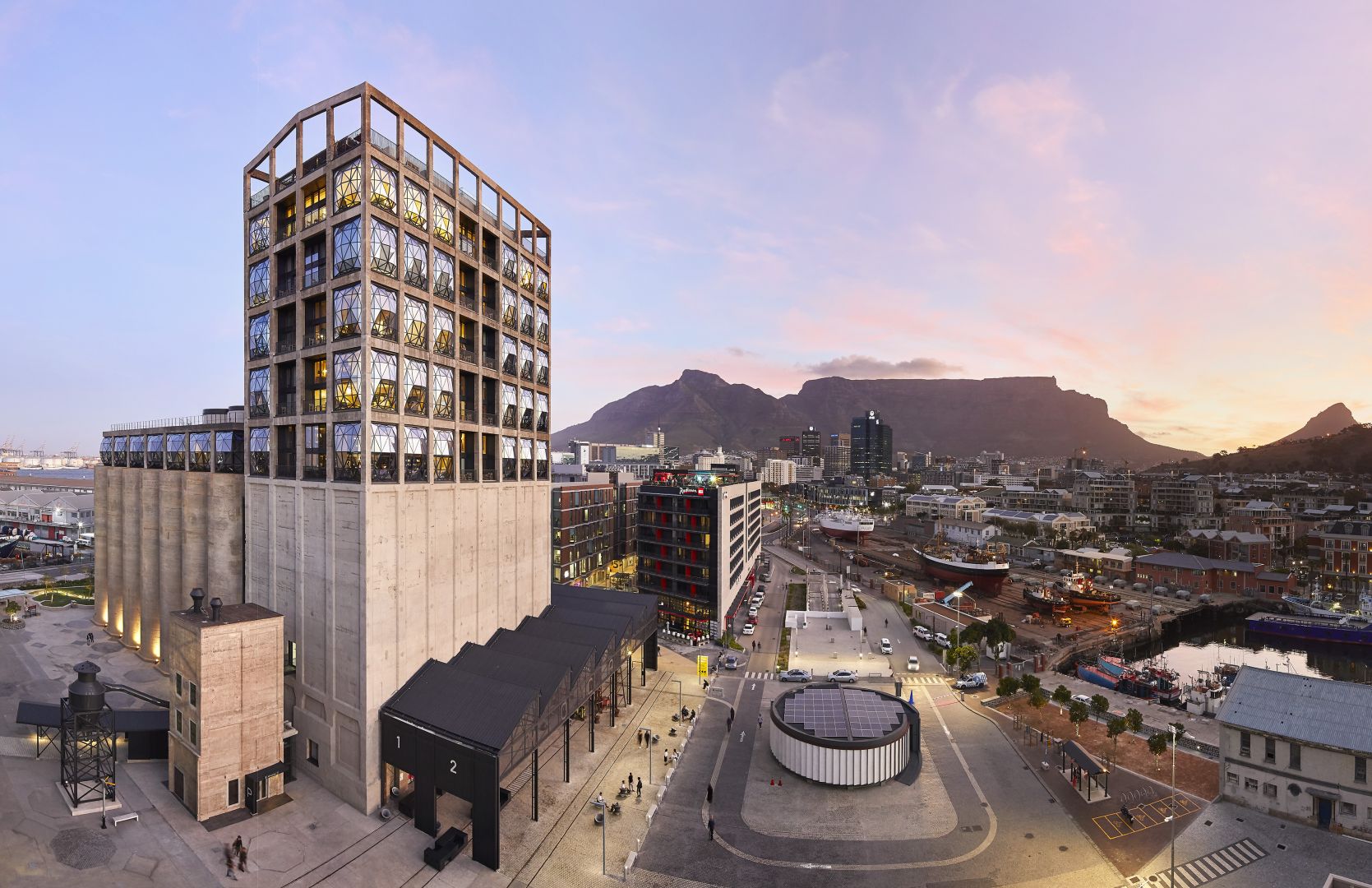 Art in the Mother City

Everything you need to know about the Zeitz MOCAA

The Zeitz Museum of Contemporary Art Africa is the largest art museum in Africa, and the largest museum in the world showcasing the art of Africa and its diaspora. The museum is dedicated to researching, collecting, and exhibiting this art, and houses an impressive collection of work from all over the continent and beyond.

The exhibition space covers 6,000 square meters over nine floors, with 100 gallery spaces. In other words; set aside at least a full day to visit.

WHAT’S WITH THE ODD-LOOKING BUILDING?

The museum is housed in an important historical landmark—the old grain silo at the V&A Waterfront. The silos were built in 1921, and for the better part of a century, they were the industrial heart of the harbour area. They were also the tallest buildings in Africa for a long time. The original structure was comprised of 56 storage silos and an adjacent elevator building and was made a heritage site. The architects working on the museum were tasked with designing a building that would pay homage to this important historical landmark, leaving the outside largely as it was. British designer Thomas Heatherwick told The Architectural Digest that his team “wondered how we could make a compelling innard, instead of the outside being the memorable space”.

The interior of the building is indeed astounding. It is carved out in the shape of an enlarged grain of corn (based on an actual kernel found before construction began). The result is a series of curved concrete lines, with light pouring in through the cylindrical silo structures, giving visitors a cross-section view of the inner workings of the old industrial structure.

HOW DID IT COME TO BE?

The Waterfront has long been seeking a use for the historic building. They wanted something that would honour the past, and create an accessible space for all South Africans. The German businessman, Jochen Zeitz, was looking for a museum to house his collection of African contemporary art, and the two visions aligned to create a unique partnership—Zeitz’s collection now forms part of the museum’s collection, and he also funded the project.

The Director and Chief Curator, Mark Coetzee, has led an industrious 25-year long career in the art world and is excited about the potential of the museum to showcase Africa’s cultural heritage. You can hear more from him in the interview below (which also gives a sneak peak of what to expect inside the museum).

WHAT WILL I SEE THERE?

Aside from the stunning array of artwork, you can enjoy the bookshop, a restaurant, reading rooms, and a rooftop sculpture garden. Expect work by acclaimed and award-winning artists like Mary Sibande, Frances Goodman, Kendell Geers, William Kentridge, and Nicholas Hlobo.

HOW DO I GET INSIDE?

You can get tickets online or at the door. Daily admission is R180 per adult, or free for under-18s. On Wednesdays between 10 am and 1 pm, there is free entry for all citizens of African countries,  and on the first Friday of every month, admission is half-price between 4 pm and 9 pm.